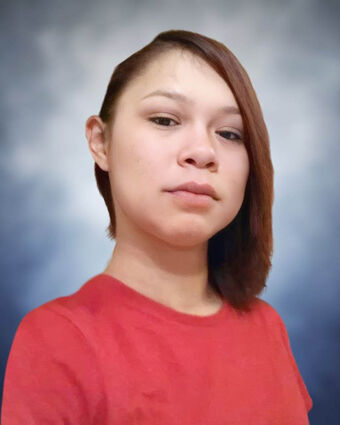 AKWESASNE – It is with a broken hearts, the family of Chiara-Lynn, daughter of Christina Smoke (David Gaudet) and the late Roderick Thompson announce her tragic passing on Wednesday, April 20, 2022 at Cornwall Community Hospital at the age of 28 years.

In addition to her mother, Christina, she is survived by her children, Nahtayia Thompson-Campeau and Reign Hailey Wigmore; her sisters, Martika Smoke-Thompson; stepsister, Michelle David; her nieces, Harvest Farrell, Faith Farrell, and Cashia Benedict; and a nephew, Aries Benedict. She is also survived by her chosen father, Wayne Bigtree (Cheryl David); a chosen brother, Steven Mitchell (Tania Derouchie); and numerous aunts, uncles, and cousins.

In addition to her father, she was predeceased by a sister, Kristy Smoke and her grandparents, Joseph and Cecilia Smoke and Louis and Audry Thompson.

Friends called at the Smoke Family Home, 6 Smoke Road, beginning at 1:00 PM on Wednesday until 11:00 AM Thursday, when her funeral service will be held. Burial will follow in Longhouse Cemetery, Cornwall Island.

Memorial contributions may be made in her memory to the Community Addiction and Mental Health Centre, 840 McConnell Ave, Cornwall, ON K6H 5R5, Attention: Foundation Office.

Arrangements in Akwesasne are under the care and guidance of the Donaldson Funeral Home, Massena where memories may be shared, and condolences offered online at http://www.donaldsonfh.com.