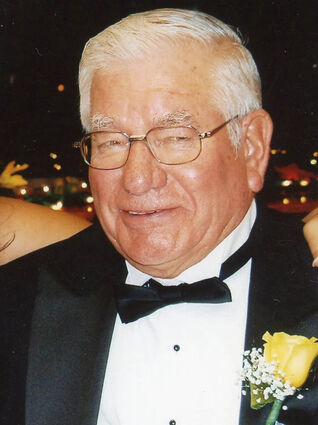 AKWESASNE – Mose R. McDonald, Jr. "Sonny", 89, passed away Tuesday morning, March 1, 2022 at Tsiionkwanso:te, Cornwall Island Long Term Care Facility, where he had been a resident for the past few years.

Mose was born on May 23, 1932 in Hogansburg, the son of the late Mose and Mary (Hopps) McDonald. He attended St. Regis Mohawk Indian Schools and graduated from Bombay High School in 1952. On November 12, 1955, he married Barbara J. Kimball at St. Mary's Catholic Church in Brushton. She predeceased him on December 28, 2006.

Sonny was a supervisor for Reynolds Metal Company, retiring in 1993 after 30 years of service. He has previously worked as an ironworker with Local #440, working on the Niagara Falls Power Project. He also worked as a laborer during the construction of the St. Lawrence Seaway. In 1973, Mose joined the Hogansburg Akwesasne Volunteer Fire Department serving his community for many years and as their treasurer for 27 years. Additionally, he was a longtime member of the Rev. Michael Jacobs Knights of Columbus Council #10423. Throughout his life, he enjoyed camping especially traveling around the country in his motorhome. He also enjoyed bowling, golfing, going to the Blue Grass Festivals, doing small engine repairs, maintaining farm equipment, and truly enjoyed square dancing and calling for the dances.

Mose is survived by his children, Jackie and Eugene Tarbell of Akwesasne; Steve and Tammy McDonald of Nicholville; Regina and Robert Dufrane of Havlock, North Carolina; and Candace Crandall of Havlock, North Carolina; 8 grandchildren and 3 great grandchildren. He is also survived by his sister, Dr. Rose Alma "Dolly" McDonald of Akwesasne; his brother, Raymond McDonald; and several nieces and nephews.

Friends may call on Monday from 12-8:00 and Tuesday 11-1:30 PM at the Hogansburg-Akwesasne Volunteer Fire Department, Station 1, where funeral services will be held on Tuesday at 2:00 PM. Burial will be in St. Joseph's Cemetery at the convenience of the family.

Memorial contributions may be made in his memory to the Hogansburg Akwesasne Volunteer Fire Department.