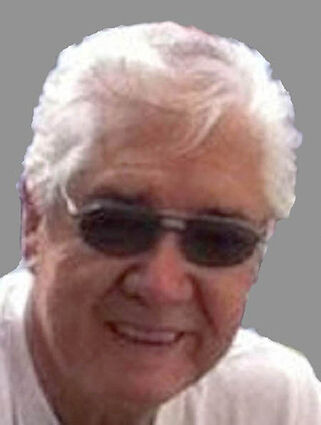 Kernie Alex Sawatis 10/31/1942 - 1/26/2022 Born on Wolfe Island, St. Regis Mohawk Tribe Wolf Clan of Akwesasne. On January 26th, 2022, just as he was beginning the 80th year of his earth walk, Kernie won his 7 year-long battle with chronic health issues by choosing Heaven, and Saint Tekakwitha lined his path to Sky World with sweet strawberries. Kernie was ten when his father, Alex Maurice Sawatis was killed in a Massena Alcoa Plant accident. Eight years later his mother, Annie Jacobs Sawatis, joined her husband.  Kernie heard an old country song on the radio about a place called Pittsburgh, PA. and at age 18 he rode his motorcycle there to carve out a life of his own. He was a self-made man of many trade skills and was never without two jobs. Kernie did everything right in life and he accepted every responsibility. Kernie was a proud Mohawk, he retained his Native language and held tight to the memories of his home, and never missed a "Big Six" Sawatis Reunion. Kernie,  "Hockey Player", loved ice skating and he lived to play hockey. And played as a youth for the Akwesasne team. He would have played professional hockey for the Pittsburgh Hornets if family life had not intervened, ending his dreams. He loved the river of both of his homes. He loved fishing and a pontoon on the lake. Kernie was a marksman and a lifetime member of the Ambridge District Sportsmen's Association in PA. He loved competition shooting and took home many wins. And he loved to garden, grow food, and till the soil. He had a great appreciation and respect for all life. For the past 14 years, he was a vital part of Indian Summers Border Collie Rescue of Ohio, and he never turned away from helping a paw in need. Kernie was welcomed home by his Border Collie Nana, his wild Irish cat Bunny, and childhood island dog Spotty. Kernie is deeply mourned by the pawed girls he leaves behind, Chloe and Katie, and the hundreds of Rescued Dogs and their families whose lives he touched.  And by his wife, Dr. Victoria Summers, with whom he made his life these past fourteen years.

Your Love is my Keepsake,

of which I'll never part.

God holds you in His Hands,

I hold You in my Heart.

I will miss you

till we meet again,

I will miss You

Till then, Always and Forever,

Your Victoria, Wife and Friend.