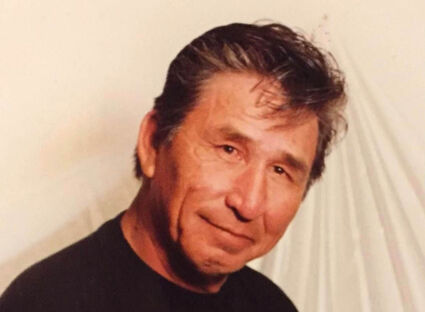 AKWESASNE – Richard "Dick" Peters, 81, of River Road, Snye, passed away early Friday morning, February 11, 2022 at Tsiionkwanonhso:te, Tsi Snaihne Long Term Care Facility, where he had been under their exceptional care for the past few years.

Dick was born in Tsi Snaihne on June 3, 1940, the son of the late John and Theresa (Seymour) Peters. He was born and raised in Tsi Snaihne, where he went to school. On November 27, 1971, he married Elizabeth Cook at St. Regis Catholic Church and they were blessed with 4 children.

Dick was an ironworker with Local 12 in Albany for many years. He was an avid hockey fan and strong supporter of the Boston Bruins. Throughout his life, he kept the scores and stats of all hockey teams and was an original member of the Snye Bums Softball Team. He enjoyed fishing, playing radio bingo, regular bingo with his sisters, cherished planting and working his gardens every summer, and loved to gossip with his nephew Brian.

Dick was predeceased by his lovingly "purchased" daughter, Delsey Day; his brothers, Levi and Joseph; and his sister, Sarah.

Friends called on Tuesday 12 - 3:00 PM at the Donaldson Funeral Home, Massena, where funeral services were held at 3:00 PM with Rev. Jerome Pastores, officiating. A celebration of his life and memorial meal will be held in the summer around the date of his birthday.

In lieu of flowers, Dick's family wishes you to consider donating to the Tsiionkwanonhso:te Activities Fund to thank them for the exceptional care and love they have provided to him and others while they are residents at the facility.