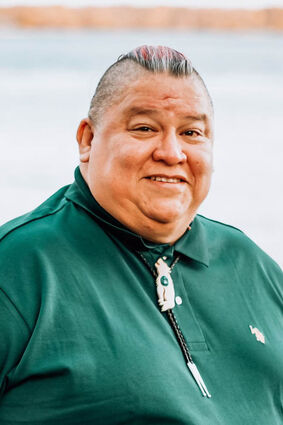 Webster was born on March 27, 1969 in Detroit, Michigan the son of Sylvia (Chrisjohn) and the late Webster O'Neil George, Jr. He was a 1988 graduate of Salmon River Central School and took courses at Herkimer and St. Lawrence Colleges. He proudly served his country in the United States Marine Corps until receiving an honorable medical discharge in 1992.

After returning to Akwesasne, he started working at the Akwesasne Mohawk Casino at its opening, as a dealer, later becoming Manager of Table Games before leaving after 15 years of service. He later went to work at OM as a Quality Control Floor Supervisor for years. Most recently he was working for Marijuana World. You could say that Cujo lived and breathed lacrosse, as a player, coach, and avid supporter of multiple teams including Akwesasne Lightning, Akwesasne Attack, Cornwall Celtics Minor League, Medicine Men, and Salmon River Varsity Lacrosse Teams. Additionally, he quietly supported any child that didn't have the financial means to play the sport by making sure they had what they needed. He loved watching and following his children in their sporting activities and was active with Oherokon. He was member of the Killer Bees MMA Club with Sheldon Cole and former member of the Marine Corps League.

Webster is survived by his children, Sakohawitsere Neil George, Tekaritha Elizabeth James George (Kody Arquette), and Ronankwaitsherihawi Joseph Michael George, all of Akwesasne; the mother of his children, Catherine "Chi-Chi" Papineau; and his grand puppy, Delilah. He is also survived by his mother, Sylvia George Swamp; his sister, Crystal (Terry) Henry; his brother, Gerald George; and many nieces and nephews.

Friends may call beginning 11:00 AM on Monday, February 7th at the Kanieńkeháka Kaienerakowa Kanonhsésne until the time of his services on Tuesday 11:00 AM.

In lieu of flowers, those wishing may consider memorial contributions to be made in his memory to a local youth sports program.