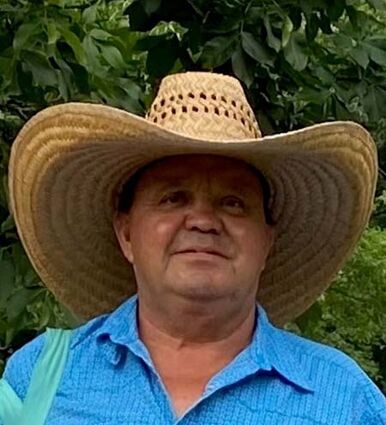 AKWESASNE – One more leaf has fallen from the Leaf Family into the spirit world. After a lengthy illness, Patrick Sawennakarate "Bucky" Leaf of 2 Recreation Road passed away at his home on Sunday, December 26, 2021.

Bucky was born on April 12, 1956 in Cornwall, Ontario, the son of the late Frank and Agnes (Jocko) Leaf. He grew up on Kawehno:ke where he attended schools. Living on Kawehno:ke for all his life, he was known to many as "The Mayor of Cornwall Island."

Bucky was a self-taught carpenter and was employed by the Mohawk Council of Akwesasne for 20 years. In the 1970's Bucky travelled with the White Roots of Peace, that took him across Indian country, where he met and shared cultural knowledge and language teachings. He had a very strong voice that carried him to lead singing and dancing during ceremonies. He spoke very fluently in his language and would spend time with those who needed help or just stopping to visit his elders. He proudly learned about traditional medicines, which had been passed down from generation to generation. He also pounded logs for his mother to make her baskets. As a proud member of the Sons of the American Legion Squadron 1479 in Akwesasne, he was recognized for his outstanding service and assistance for the advancement of the American Legion programs and activities dedicated to God and creation.

Bucky was a jack-of-all trades, who will fondly be remembered for his homemade biscuits and corn soup and more recently his pies – especially meat, blueberry and apple. During the summer month's he could be found at his cabin maintaining his gardens and in the fall harvesting, canning, and pickling the rewards of his hard work. Bucky also had a great love for fishing, his nets could be found on the North and South Channels of the St. Lawrence River. He would visit friends and family by way of his pontoon boat with his daughter, Natalie, and would proudly share his smoked sturgeon soup.

Bucky loved to share his stories of his adventures, but he also shared the importance of the language and family. He shared those stories, songs, and jokes to make people smile and feel welcome. He also had a knack to play the spoons and he could do the jig that made him look like he was floating on air. He will truly be missed by his elderly relatives, friends, and family. He made a special effort for his family to be together and share memories.

In addition to his parents, he was predeceased by his sisters, Josephine Back and Mary (Wilfred) Bova; his brothers, Francis, Franklin, George "Porky" (Minnie) and Frank "Mout" Leaf; and a nephew who was also raised with him, Kenny Leaf.

Friends called on Thursday from11:00 am – 6:00 pm at the Donaldson Funeral Home in Massena.

Due to COVID restrictions Bucky's funeral service were held privately at the Mohawk Nation Longhouse with burial on his private land near Raquette Point which immediately followed.