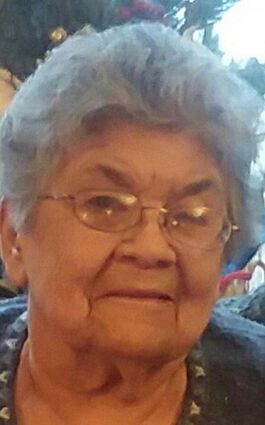 Elizabeth passed away Sunday (Jan 2nd, 2022) at the Alice Center. Arrangements are with the Flint Funeral Home, Moira. A time of visitation will be held Saturday prior to the funeral services from 10 -10:45 a.m. at St. Mary's Church.

Memorial contributions in Elizabeth's honor may be made to the Moira Vol. Rescue.

Elizabeth was born January 7, 1928, in Hogansburg, the daughter of the late John and Lena (Barnes) Sawatis. Elizabeth united into marriage with David B. Russell, Jr. on November 25, 1946. He predeceased her on July 18, 1964. For many years she worked at Shields Slipper in Bombay. She retired from Brushton-Moira Schools in 1983 from the cafeteria department.

Elizabeth was devoted to her faith and loved to attend St. Mary's Church, Brushton, as well as St. Joseph's Catholic Church, in Bombay. She was a member of the American Legion Post 939.

Her two sisters Beatrice White of Hogansburg, and Irene Johnson of Kana:takon also survive her.

Condolences and memories may be shared with the family at http://www.flintfuneralhomeny.com