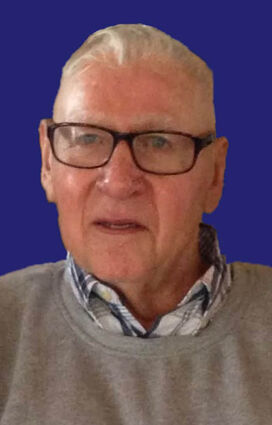 TJ was born on July 18, 1935 in Hogansburg, son of the late David D. and Catherine "Katie" (Herne) Jock and attended and graduated from Bombay High School. On August 28, 1954, he married Corrine Herne at St. Regis Catholic Church with Rev. Michael Jacobs, officiating. She predeceased him on April 16, 1992.

TJ was a member of the St. Regis Catholic Church and the Sons of the American Legion. He was an Ironworker working as a rodman with Local 440. After leaving ironwork, he started with Mohawk Council of Akwesasne Highway Department, where he remained until his retirement. TJ enjoyed NASCAR pools, Radio Bingo, pull tabs, and rolling the dice. He was an avid Montreal Canadiens Fan and additionally enjoyed bowling and snowmobiling.

Services were held privately under the care and guidance of the Donaldson Funeral Home, Massena with a funeral mass at St. Regis Catholic Church and burial in St. Joseph's Cemetery.

Memorial donations may be made in TJ's memory to Iakhihsohtha Lodge Activities Fund.

Arrangements are with the Donaldson Funeral Home, where friends and family are encouraged to share memories and condolences online at http://www.donaldsonfh.com.