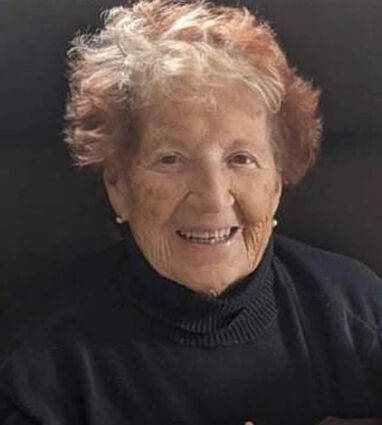 MASSENA- Loretta Castagnier, 90, a longtime resident of Chase Mills, peacefully passed away early Friday, December 3, 2021 at the home of her granddaughter Laurie Beeson.

Loretta was born on May 13, 1931 in Massena, daughter of the late Elburn and Mamie (Herne) Kanoff. She attended school in Massena, and on October 3, 1949 she married Ivan R. Castagnier at the St. Regis Catholic Church. Ivan predeceased her on February 17, 2005.

She was a communicant of St. Lawrence Catholic Church in Louisville and member of the St. Regis Mohawk Senior Citizens. She worked as a purchaser at Levine's Clothing Store for decades until it closed, and then worked in the business office at Coles Creek State Park. Loretta, known by many as "Nanny", enjoyed her trips to the Casino, soap operas, and attending and watching her grandchildren and great grandchildren play sports.

Calling hours were on Monday at 12 noon to 1:45 PM at the St. Lawrence Catholic Church in Louisville, where the Mass of Christian burial was celebrated at 2:00 PM. Burial followed at St. Lawrence Cemetery.

Arrangements are with the Donaldson Funeral Home, where family and friends are encouraged to share memories and condolences online at donaldsonfh.com.