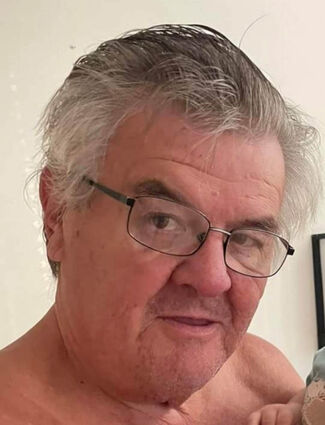 With heavy hearts the family of Gordon Lewis Beaubien, 74, announce that he passed away Sunday, December 5, 2021 at the Canton Potsdam Hospital.

Gordon was born in Malone, NY on May 16, 1947. the son of Julia Beaubien. He was raised by his grandparents John and Anna Beaubien. Gordon was a 1966 graduate of Salmon River High School. In 1969 Gordon was drafted into the US Army and served time in Vietnam, being honorably discharged in 1972. After his military career he attended SUNY Potsdam. For 40 years Gordon was employed as an Iron worker, retiring as a Chemical Dependence Counselor from the Partridge House, in Akwesasne. He also was a dedicated Trainer/Equipment manager for 9 years with Akwesasne Lightning Junior B Lacrosse Club.

After 50 years of togetherness, on August 7, 2020, Gordon united into marriage with Lucy Benedict. Gordon enjoyed watching every sporting event. He had talent of restoring the junkiest of cars and getting them to run.

Treasured memories will be forever in the hearts of his wife Lucy, and his children Bradley Benedict of Wahiawa, HI, Michelle (Joseph) Sawatis of Kanatakon Jody Gray of Staten Island, NY, Russell Beaubien of Akwesasne, and April Beaubien and companion Jason Sunday of Tsi Snaihne. His grandchildren Wayne, Braxton, Tanner, Seneca, Mercedes, Autumn, Ethan, and three great grandchildren also survive him. He will be loved and missed by his chosen sister Beverly (Yan) Shmeis of Durango, Colorado, and many nieces, nephews, and cousins.

Respecting Gordon's wishes services will be held privately at the convenience of the family.

However, always take a moment to remember the joy, and the good times spent together.

Besides his parents he was also predeceased by a grandson Dakota Benedict.

Memorial contributions can be made in Gordon's honor to the Canton Potsdam Hospital. Condolences and memories may be shared with the Beaubien family at http://www.flintfuneralhomeny.com