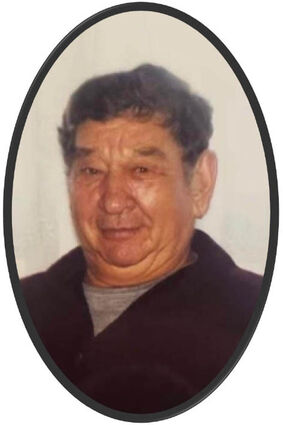 THOMPSON, Michael – Mike Thompson, 84, of Kaewhnoke peacefully passed away at the Cornwall Community Hospital on Saturday December 4, 2021. Mike was born on April 16, 1937 on Kawehnoke, the son of the late Francis & Julia (Seymour) Thompson. He attended school on St. Regis Island and it found a special place in his heart as he returned years later.

Mike was a "jack of all trades" and was well known for his hard work ethic. If work needed to be done, he ensured it was completed and done well. He worked for the Seaway International Bridge for many years. His children often remember racing to him when he arrived back at home. He would often rub the stubble from his face on them. When Mike became a grandfather, he continued this memory for his grandchildren and great grandchildren. Seasonal work allowed Mike to use his innovative thinking skills and he constructed "Sky Blue" painted boats that you could see a mile away. This became his trademark, and everyone knew that Mike Thompson made your boat. Another hobby that turned into a business was his washed white corn. Community members would go see him and always have time for a good visit with the family. Mike was able to pass this skill to his chosen son Gary "Kanoe" Thompson. Mike passed many of his passions down generations such as farming and gardening. It didn't matter if he had an entire crew, or just himself, he always found a way to make it work. Even if it meant the tractor driving itself as he loaded up hay, Mike didn't see obstacles, he saw opportunities. His family still continues to actively farm and garden on St. Regis Island.

In his down time, he loved to watch Lacrosse, Wrestling, and watching all the babies play. He was known as a "fast runner" and if he wanted to catch you, he would find a way.

In addition to his parents, Mike was preceded by his son Michael Thompson, and his siblings Beatrice Arquette, Theodore Thompson, Eddie Sawatis and Mary Jane Tarbell. The family will be in attendance at LAHAIE & SULLIVAN CORNWALL FUNERAL HOMES WEST BRANCH 20 Seventh Street West, (613-932-8482) from 10 a.m. to 2 p.m. on Wednesday December 15, 2021. The family encourages guests to reserve a time at (https://www.signupgenius.com/go/10C0C4EAFA72BA1FFC16-visitation18). Please call the Funeral Home at (613-932-8482) should you require assistance booking your time for visitation. Messages of condolence may be left at http://www.lahaiesullivan.ca.