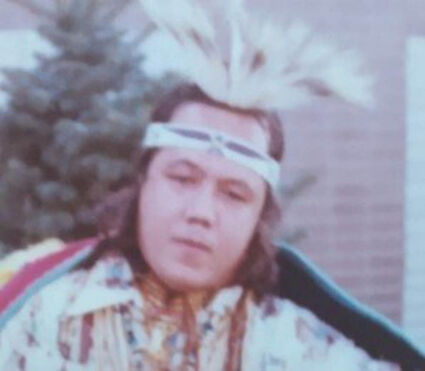 Indian Time Newspaper would like to note the passing of an elder from a neighboring community:

In his younger years, Jerry would be seen at performances with his mother, Maisie Shenandoah, Wolf Clan Mother of the Oneida Nation. They brought dance performances and educational programming to schools and public audiences across New York State, teaching people about the Haudenosaunee. Jerry went on to become an ironworker for 20 years and worked on skyscrapers and bridges in the New York City metro area.

Jerry was loved by his family. He held a special place in his heart for each of his family members, and made sure that each person knew this. He was always focused on what's good in each person's life. Jerry always kept a smile on his face for his loved ones even in challenging times.

Services were also held at the family gravesite at the end of Crescent Road, Oneida on Friday, October 15th at 11:30 am. Following the services, the family invited everyone to join them at the Oneida Territory pavilion.

The family asked that in lieu of flowers; to send any contributions to help with expenses to Cheryl Shenandoah at 1527 Schoolheimer Rd, Canastota, NY 13032.