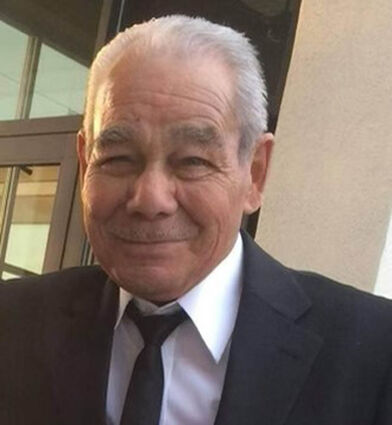 Jack was born on May 14, 1934 on Sugar Bush Island, Quebec, the son of the late Michael and Jane (Angus) Lazare. He attended schools in Snye and St. Regis until the age of 16 when he started working. On September 2, 1977, he married Louise Barnes in Bombay with Justice Leon Richards, officiating.

Jack was an ironworker with Local 440 for over 50 years. Additionally, he was a self-taught manufacturer of black ash handles for various tools which included splinters, knives, axe handles, and many other tools. In his younger years, he enjoyed working on cars alongside his brother. He also enjoyed gardening, fishing and netting, and more recently enjoyed visits to the casino.

In addition to his parents, Jack was predeceased by his children, John Lazore in infancy, Delores Lazore, and Barbara Ann Lazore; his grandsons, Zachary V. Adams, Evan R. Adams, and Dalton White; his sisters, Cecelia Confer and Elizabeth Lazore; and his brothers, Michael Jr. and Thomas Lazare.

Friends may call at the home of his son, Fred, 529 River Road, Akwesasne on Monday, October 18, 2021 starting at 2:00 PM until the time of services. Funeral services will be held at 2:00 PM on Tuesday, October 19, 2021 at the home. Face coverings will be required for those in attendance.

In lieu of flowers, those wishing may consider memorial contributions made in his memory be made to the Akwesasne Homemakers.

Friends are encouraged to share memories and offer condolences to the family online at http://www.donaldsonfh.com.