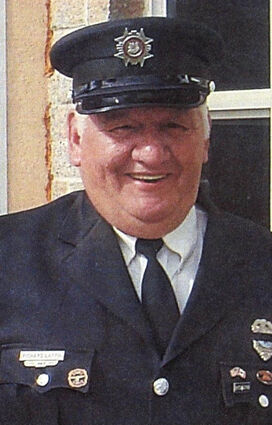 Richard was born March 3, 1941 in Akwesasne, the son of the late Joseph and Madeline (Morris) Laffin. He attended school at Salmon River School and later married Alese McQuade on April 22, 1978 at the Assembly of God Church in Hogansburg.

He worked as a Heavy Equipment Operator at Dutcher Equipment in Massena and later at Mohawk International Raceway as Security as well as Bears Den as a Handyman. Richard was a member of the Hogansburg Akwesasne Volunteer Fire Department for over 30 years and was instrumental in starting the Fire Prevention Program. He also enjoyed watching races at Mohawk International Raceway.

He was predeceased by a sister, Catherine "Rose" King.

In lieu of flowers memorial contributions in Richard's memory may be made to the Hogansburg Akwesasne Volunteer Fire Department Fire Prevention Program.

Arrangements are with the Donaldson Funeral Home, Massena. Memories and condolences may be shared with the family at http://www.donaldsonfh.com