A Trauma Going Back Centuries

Child sexual abuse in Indigenous communities is rooted in a history of violent colonization and US assimilation policies, including federal boarding schools throughout the 19th and early 20th centuries 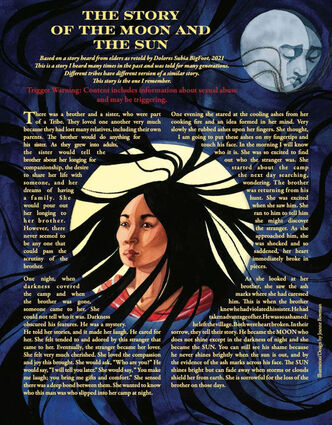 Child psychologist Dolores Subia BigFoot retells the Story of the Moon and the Sun, which has been passed down verbally in Native communities for generations as a resource to help people learn about child sexual abuse and its prevalence. (Courtesy of Dolores Subia BigFoot via Howard Center for Investigative Journalism)

Child sexual abuse is such an age-old problem that it's explained in many Native American communities...