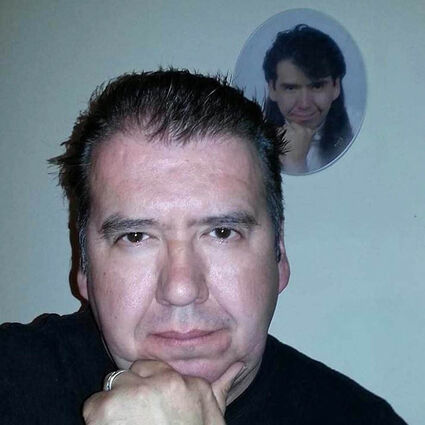 William "Bill Henry" Reidy, III aged 51, of Akwesasne, and Arkansas, died of the COVID virus on August 1, 2021 in Clarksville, Arkansas. He was born in Syracuse, August 24, 1969, and grew up in Akwesasne.

Adopted family in Arkansas: daughter and sons Amanda and Matthew, David, Joseph, plus many beloved grandchildren in Arkansas, and many relatives in Akwesasne.

(Sister) Linda Ann Reidy, plus many uncles, aunts, and cousins

Bill had many gifts in life. He was talented in art (sculpture, paint, and other mediums.) He was a writer, gifted speaker, and attracted everyone to him with his ease of talking to those he met. He touched many people's lives wherever he went with his generosity, warmth, and caring attitude for people, and animals. But most of all, he loved God. He also had an enormous appetite for music of all genres and was a walking encyclopedia of music trivia.

If you knew Bill, you also knew the Pittsburgh Steelers.....his team. He was always hunting for bargains at flea markets, garage sales, thrift stores, and on-line sales auctions.....amassing quite a music collection and memorabilia.

"Bill Henry" had many friends and fans in the early days of working at CKON Radio for a total of 11 years in the 80's through 2003 as a Radio Announcer and Music Director. He also worked for Indian Time newspaper, plus many radio stations in Georgia and Arkansas. He was currently employed at Walmart Distribution Center in Arkansas for 15 years.

Burial will be in Arkansas on September 11, 2021. A private memorial service will be held in Akwesasne sometime late in August. Contact his brother for more information by mail at: Randy Jock-Reidy, P.O. Box 792, Akwesasne, New York 13655.

Arrangements in Arkansas are by Roller-Cox Funeral Home in Clarksville