Indigenous athletes set to shine in the Olympics 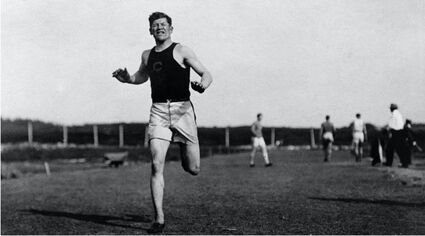 Jim Thorpe, Sac and Fox, was the first Indigenous person to win an Olympic gold medal for the United States, taking wins in pentathlon and decathlon in the 1912 Olympics. He is shown here running in Stockholm, Sweden, during Olympic track practice. Photo courtesy of Cumberland County Historical Society.

Athlete Jillian Weir will be representing more than the Canadian people in the 2021 Tokyo Olympics. She's also representing the Mohawks of the Bay of Quinte from the Tyen...