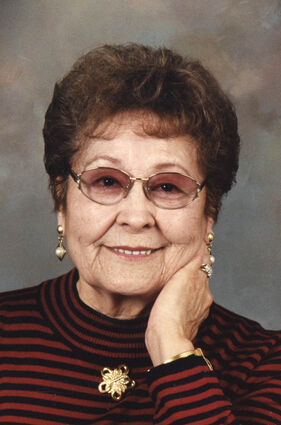 Ida was born on May 13, 1924 in Raquette Point, the daughter of the late Mitchell and Emma (Lazore) Oakes. She attended St. Regis Mohawk School and Bombay High School. She married Robert L. Forbes in August 1968 in Syracuse. He predeceased her on July 8, 1986.

Ida worked as a waitress at various restaurants in many different communities. She later went to work at Bell AirCraft in Buffalo making panels for airplanes and then with General Electric in Syracuse on the assembly line. After General Electric, she started working as a bus driver with Syracuse School System, retiring and returning to Akwesasne in 1986. While living in Syracuse, she was a member of the Women of the Moose. She was an avid bingo player, enjoyed square dancing, and was a very active member of the European Health Spa Club in Syracuse for many years.

Ida is survived by her son, Erin Oakes of Akwesasne; 5 grandchildren; several great and great-great grandchildren; her sister, Geraldine Montour of Kanesatake; and many nieces and nephews.

Friends called on Tuesday (July 6, 2021) from 9 - 11:00 AM at the Donaldson Funeral Home, Massena, where funeral services were held at 11:00 AM. Burial will follow in St. Joseph's Cemetery, Akwesasne.

In lieu of flowers, those wishing may consider memorial contributions in her memory to IA KHIH SOH THA Lodge Activities Fund.