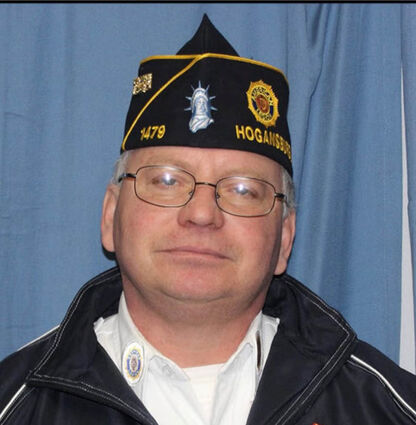 Curtis was born on October 5, 1965 in Massena, the son of Barbara White and the late Thomas J. White. He first attended Mohawk school, before going to Massena and graduating from Salmon River Central School. On November 13, 1985, he entered the US Navy, proudly serving his country as a SeaBee until his honorable discharge on November 12, 1990. He continued to serve in the US Naval Reserve for an additional 15 years.

He continued his education at SUNY Canton ATC achieving his Associates Degree in Electrical Technology and his Bachelors in Facilities Management. He later attended St. Lawrence College, Cornwall, where he received a degree in Mental Wellness and Addiction Counseling.

As a veteran, Curtis was a member of the Andrew W. Cook American Legion Post #1479, where he was currently the Sergeant at Arms. He was also a member of the Akwesasne Death Benefits Group and proudly supported his community in many endeavors. Curtis and his wife, Jolene, were proud foster parents for several children throughout the years. He cherished the time he was able to spend with his friends and family.

Curtis is survived by his wife, Jolene Jackson; his children, Jarrad Jackson (Carlie LaFrance), Jheri Lauren White, and Thomas J. White, all of Akwesasne; his mother and step-father, Barbara and Dwight LaFave; his sister, Lynn White (Brent) of Cornwall; his in-laws, Johanne and Jerry Jackson; John, Jerald (Natale), Jason (Danielle George), and Janell (Wesley Arquette); his sister-in-law, Kelly Jackson, all of Akwesasne; and his beloved dog, Roxy, who never left his side.

Curtis is also survived by his Godmother Auntie, Pat and Buster Benedict; and was a "Guncle" to Mia as well as many nieces and nephews including Jayven, Jack, Weston, Elley Jo, Kori, Johnny, Dreyden, and Addison; many cousins including the Benedict Boys - Keith, William, Wilfred, and Quinn; his Bigtree Family; and many friends he has made along his journey of life.

He was predeceased by his father, Thomas; his nieces, E'vie Leigh Jackson and Hannah Jackson; his cousin, Jay Benedict; his aunt, Karen Ann Terrance and his uncles, Thelbert and Raymond Bigtree, and several aunts and uncles.

Friends may call Saturday 2-5:00 PM at the Donaldson Funeral Home, Massena, where members of the American Legion will hold a memorial ritual at 5:00 PM. Burial with military honors will be held June 26, 2021 at 3:00 PM with full military honors in Chubb Family Cemetery, State Road. His fire has been started and will continue to burn during the period of mourning. His family invites family and friends to stop to visit with them at his fire.

In lieu of flowers, memorial contributions may be made in his memory to the Akwesasne Boys and Girls Club.