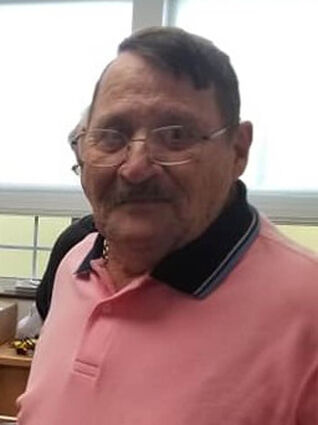 Larry was born on December 30, 1939 in Rochester, the son of the late Stillman T. and Margaret (Allen) Cook. He attended schools in Rochester and later proudly achieved his GED through Mater Dei College, as well as earning his Associates Degree. He additionally took courses at St. Lawrence College in Cornwall. On November 19, 1979, he married Janine Montante at the Mohawk Assembly of God Church with Pastor Marcia McCorkle officiating.

Larry was a valued employee of Bear's Den for 25 years. His bright, cheerful, and approachable personality allowed him to gain friendships over those 25 years that lasted throughout his life. He had a great love for golf and would be regularly seen on the grounds at Cedar View Golf Course. Following in the Cook men traditions, he had a great love for maintaining his yard and also enjoyed fishing.

In addition to his parents, he was predeceased by a son, Richard Gaylord Cook in 1981; a granddaughter, Tara Cook in 2006; an infant grandson, Jimmie in 1993; his sister, Gail Herman; a brother, Andrew W. Cook; and his stepbrother, Sanford T. Cook.

Friends may call Monday 4 -7:30 PM at the Donaldson Funeral Home, Massena where friends and family will be invited to celebrate his life with sharing stories and memories at 7:30. Burial will be held privately in the Tarbell Family Cemetery.

Memorial contributions may be made in his memory to the American Cancer Society.

Friends are encouraged to share memories and offer condolences to the family online at http://www.donaldsonfh.com.