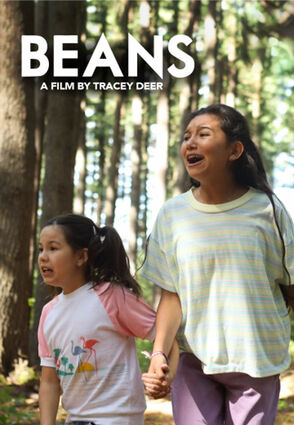 Film poster for Beans, distributed in Canada by Mongrel Media.