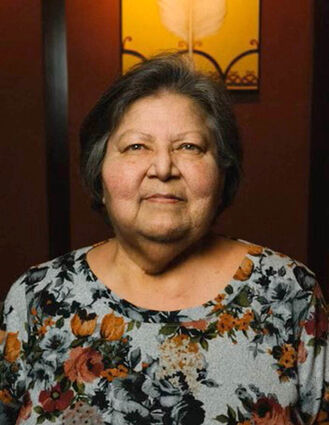 Maggie was born on September 7, 1951 in Malone, the daughter of the late Eugene and Margaret (Jacobs) Terrance. She attended Salmon River Central Schools, graduating in 1969. She continued her education at D'Youville College in Buffalo, where she achieved her Bachelor of Science Degree in Nursing.

Maggie started her career in health services in the pediatrics department of Strong Memorial Hospital in Rochester. After returning to Akwesasne, she was instrumental in the formation of the St. Regis Health Services, where she was first a Health Planner, later becoming the Director of Health Services for the St. Regis Mohawk Tribe. After many years with St. Regis Health Services, she accepted a position with Mohawk Council of Akwesasne as the Director of Social Services. In 2003, she was elected as a Chief with the St. Regis Mohawk Tribe, and she took a leave of absence from MCA during her tenure as Chief. After her tenure as Chief was completed, she returned to her position with MCA until her retirement in 2012. Dedicated to her community and their well-being, Maggie was also instrumental in starting up the St. Regis Mohawk Ambulance Service. He was a member of the St. Regis Mohawk Senior Citizens and the Red Hat Society. She greatly enjoyed going to the casino, playing radio bingo, and her generous spirit of helping anyone that needed it will be greatly missed.

Maggie is survived by her siblings, Agnes, Linda, Mary Ann, and Gilbert Terrance, all of Akwesasne; her chosen daughter, Lesa Terrance of Akwesasne, and many nieces, nephews, and cousins.

In addition to her parents, she was predeceased by her siblings, Carol Ann Herne, Elizabeth Terrance, Russell, Paul C., Eugene Jr., and James Terrance.

There will be no calling hours or funeral services at this time. A celebration of her life will be held at a later day with burial in Hogansburg Methodist Cemetery.

Memorial contributions may be made in her memory the Hogansburg-Akwesasne Fire Department or the Akwesasne Mohawk Ambulance Service.