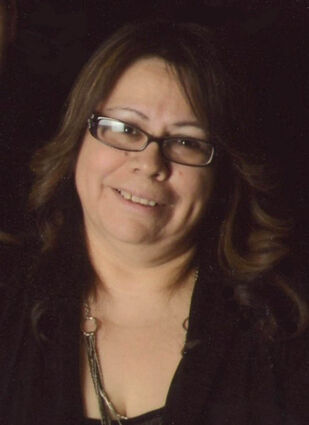 Anna was born on January 22, 1967 in Cornwall, the daughter of the late Anthony and Margaret (Gray) Jackson. She attended schools in Cornwall and graduated from General Vanier High School. She first married Foster Jacobs and was blessed with 4 children. Their marriage later ended in divorce. On August 18, 2018, she married Matthew D. Dillon at her home in Tsi Snaihne.

She was an avid Billiard player with several local teams over the last 30 years, playing as Captain and was always taking care of her teams.

She had the kindest heart and the biggest dimply smile that could light up a room. She welcomed everyone into her home over the years with open arms and helped so many. She was "Mom" to everyone. She considered her eldest brother, TJ, her hero and was always so proud of his talent for music. She especially enjoyed taking care of her grandchildren and traveling with them.

She touched so many hearts and will be missed dearly by many.

In addition to her parents, Anna was predeceased by her brothers, Anthony "TJ" Jackson, Jr. and Matthew Jackson (Lynette).

Friends may call Thursday 12-3:00 and 5-8:00 PM at the Donaldson Funeral Home, Massena where funeral services will be held privately. Burial will be held later in the spring in St. Joseph's Cemetery, Hogansburg.

Friends are encouraged to share memories and offer condolences online at http://www.donaldsonfh.com