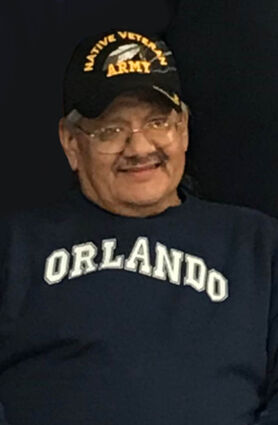 Carlos was born on November 11, 1960 in Massena, New York, the son of Charles and Alberta "Linda" (Arquette) Jacobs. He attended Salmon River School graduating in 1979. Carlos joined the United States Army and was stationed in Germany as a Combat Engineer and was later honorably discharged after 4 years. He worked as a janitor at Akwesasne Mohawk School for several years and later relocated to Rochester, New York. Carlos started working at a Scrap Yard with his brother as well as various Construction jobs throughout the years. Most recently he worked at PEKO Precision Products, Inc in Rochester as a CNC Operator. Carlos was a member of the Hogansburg Akwesasne Volunteer Fire Department for 5 years and enjoyed watching NASCAR and his favorite teams, the Buffalo Sabres and Oakland Raiders.

Friends were invited to call on Wednesday, March 24, 2021 from 1:00 – 3:00 pm and 5:00 – 7:00 pm at the Donaldson Funeral Home, Massena. Funeral services will be held privately for the family. The family would like to thank Lucy Jacobs for the care she provided to Carlos. Memorial contributions in his memory may be made to the Akwesasne Volunteer Fire Department or Hospice of the North Country.

Arrangements are under the care of the Donaldson Funeral Home, Massena. Memories and condolences may be shared with the family at http://www.donaldonfh.com