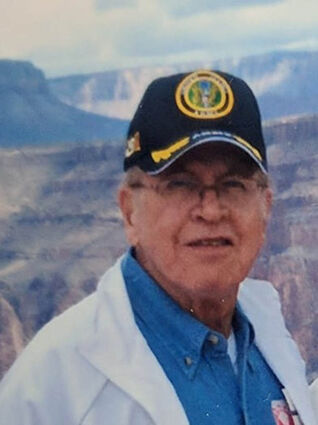 AKWESASNE – Darrel P. Barnes, affectionately known as Ducky to many, 79, of Frogtown Road, peacefully passed into the Spirit World on Thursday morning, February 25, 2021 at Canton-Potsdam Hospital.

Ducky was born on April 19, 1941 at the family home in Akwesasne, the son of the late Fred and Louise (Cook) Barnes.  He attended Bombay High School and proudly achieved his GED while in the US Army.  He proudly served his country during the Vietnam War, serving a total of 8 years until his honorable discharge in 1980.  He later continued his education at Mater Dei, where he achieved his AAS in Alcohol and Chemical Dependency and Social Work.   On April 6, 2001, he married Erica I. Square at the home of his sister with Justice Jerome Brockway officiating.

Ducky worked at various jobs throughout the community, retiring as a laborer at Iohahi:io.  He was a member of the Akwesasne Death Benefits Group and enjoyed visiting the casino, playing games on his tablet, and watching television.

In addition to his parents, Ducky was predeceased by his sisters, Rita Jacobs and Josephine Mitchell; and his brothers, Gerald Barnes and Louis Barnes who was killed during WW II.

At his request there will be no calling hours or funeral services.  A celebration of his life will be held at a time to be announced.

Memorial contributions may be made in his memory to the Potsdam Animal Shelter.

Funeral arrangements are under the care and guidance of the Donaldson Funeral Home, Massena, where friends are encouraged to share memories online at www.donaldsonfh.com.