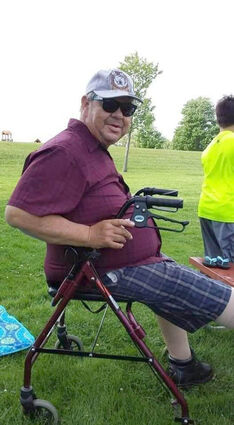 Louis was an EMT with the Mohawk Council Ambulance Service in its early years. He cherished his time spent with family and with his dog Izzy. He especially enjoyed long drives to the mountains & listening to his bagpipe music. He enjoyed collecting bottle & cans. Louis also enjoyed taking photos, playing the lottery, and doing word searches. He was a member of the New Life Christian Church in Hogansburg. Louis was always a happy go-lucky, friendly guy who will be deeply missed by all who knew him.

In addition to his parents, he was predeceased by his brothers Elston, Leslie & his brother-in-law Abraham. Also, by Joyce's parents, James & Elma Jacobs.

Memorial contributions may be made in his memory to the SRMT Office for the Aging or the New Life Christian Church.