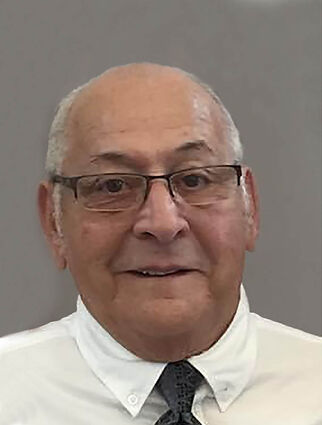 Henry E. Lazore, age 85 of Corning, New York passed away on Wednesday, February 3, 2021 at Guthrie Corning Hospital. He was born on August 7, 1935 in Akwesasne to Albert and Margaret (Tarbell) Lazore. He married Shirley Wheeler and together they enjoyed 47 years of marriage. He served this country in the U.S. Army during the Korean War.

Henry worked as an Iron Worker for Local #440 for 27 years. He worked on many structures in the Southern Tier and would often point out that he built "that building" or "that bridge". During his career, the tallest building he worked on was the Prudential Building, 52 stories, in Boston, MA. He had the ability walk the 4" steel beams without fear. When a building would be completed, he was often asked to post the flag on the last beam of the construction. He was so proud of his work.

Henry was a lifetime member of the VFW Post 524 in Corning, NY. For many years he was a daily visitor to Johnny's on Market St. where he enjoyed his morning coffee, was a weekly patron to The Central Restaurant and a frequent visitor to many other local establishments over the years.

Henry had a great sense of humor. If you were fortunate to know him, you were greeted with a unique nickname every time. Baba loved his family and was truly proud to have so many children, grandchildren and great grandchildren. He loved to spend time with each and every one of them, and especially looked forward to Sunday morning pancakes. He could often be found sitting on his front porch on Third Street waving at those he knew.

In addition to his parents, Henry was predeceased by his wife Shirley; his son: Henry Lazore; daughter in law: Gloria (Loud) Lazore; son in law: James "Emmer" Hodge; granddaughter: Nicole Bavisotto Stigers; his

The family would like to thank the staff of Brookdale Senior Living and Corning Hospital for their wonderful care of their father.

Private funeral services will be held at the convenience of the family. Phillips Funeral Home & Cremation Service, 17 W. Pulteney St., Corning has been entrusted with the arrangements. Due to the pandemic the family will be planning future Celebrations of Life with one in Corning, NY and one at Akwesasne.

In lieu of flowers, donations in Henry's name may be sent to the Saint Regis Mohawk Tribe Office for the Aging, 71 Margaret Terrance Memorial Drive, Hogansburg, NY 13655 (please note that this is memorial donation for Henry Lazore on your check). Donations can also be sent to the Corning VFW Post 524: 281 Baker St, Corning, NY 14830.

Kind words and memories may be left for the family at http://www.PhillipsFuneralHome.com