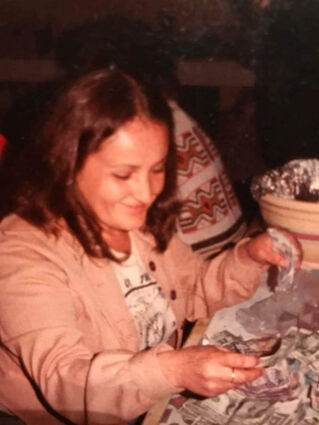 Martha was born on October 7, 1946 in Massena, the daughter of the late William and Phoebe (LaFrance) Francis. She attended schools in St. Regis, later graduating from Ithaca college with her bachelor's degree in Speech Pathology. On July 4, 1964, she married Ronald LaFrance at St. Regis Catholic Church. He predeceased her on July 29, 1996.

Martha was a speech pathologist for the Akwesasne Mohawk Board of Education for many years. She had previously worked with children with special needs at Tompkins County BOCES. Martha also worked at the Akwesasne Cultural Center, Akwesasne Freedom School, and the Mohawk Bingo Palace. She was a member of the Akwesasne Death Benefits Group and of the Mohawk Nation Longhouse. She enjoyed sewing, playing bingo, visiting the casino, being on the water, a good margarita, and watching cooking shows on the television. Martha also loved to dance and sing with karaoke, do crossword puzzles and play solitaire on the computer, and cherished the time she was able to be with her grandchildren.

In addition to her parents and her husband, she was predeceased by her brothers, Stanley and Billy Francis; and her sisters, Phyllis Terrance and Linda Tessier.

Friends called Monday 4-8:00 PM at the Donaldson Funeral Home, Massena. Due to the current health restrictions, her funeral ceremony will be held privately at the Mohawk Nation Longhouse on Tuesday. Burial will follow her ceremony at Solomon Road Cemetery.