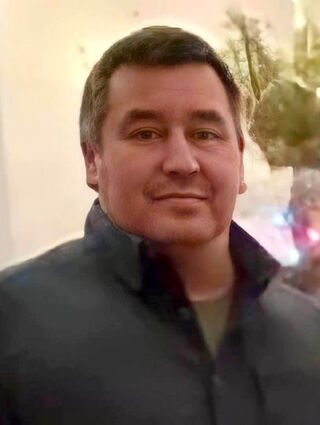 Noah Marc King, 48, a resident of Toby Roundpoint Road, Tsi Snaihne, left this earth too soon on December 5, 2020, only to join beloved family that has predeceased him including his son, George Marc King and mother, Christina King.

Noah was born on May 25, 1972 in Cornwall, the son of Simon King and Christina King and was raised by his grandparents, Paul and Agnes King. He attended schools in Kanatakon and General Vanier in Cornwall.

Noah worked throughout the community, delivering fuel for Minnie Lazore and JR Fuels, an attendant at Log Cabin Gas Station, and most recently was operating his restaurant, LA Kings. He was also a skilled race car technician, working on the cars in the Modified Class for #9 Mark Smoke, #8 Al Jacobs, #73 Ryan Jacobs, and the latest team he was working on was the Sportsman Class with #1R Ricky Thompson. He enjoyed ice fishing and hunting – especially for deer and raccoons. He also was a skilled artist, enjoyed RC cars and custom painting. He could often be seen at the casino table games or in Walmart buying supplies for his restaurant. Above all, he cherished the time he was able to spend with his family and friends.

In addition to his mother and his son, he was predeceased by his grandparents, Paul and Agnes King and an aunt, Clara King.

Friends called at the Donaldson Funeral Home, Massena on Thursday 2-7:00 PM. Due to Covid occupancy restrictions, funeral services were held privately at the funeral home. Services were occupancy controlled with those attending required to wear face coverings and observe social distancing.

In lieu of flowers, those wishing may consider donations made to the funeral home to assist his family with expenses.

Friends are encouraged to share memories, offer condolences and view his funeral service online at http://www.donaldsonfh.com.