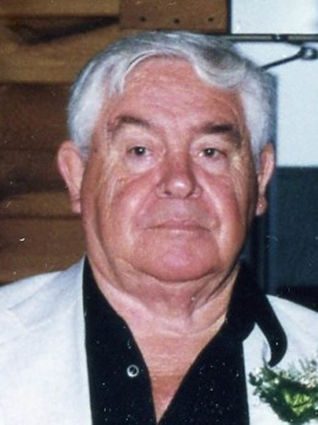 Kenneth was born on February 23, 1932 in Bombay, son of the late Herbert and Emma (Dineen) McElwain and attended schools in Bombay. On March 31, 1951 he married Audrey C. Jock at the St. Regis Catholic Church with Rev. P.J. Bourget officiating. Audrey predeceased him on September 21, 2019.

Ken was a millwright with General Motors for many years and also worked for various construction projects in the area, including his own construction company. He was a member of the Border Eagle Motorcycle Club and the NRA. He enjoyed hunting, fishing, and riding his Harley Davidson. He enjoyed many years wintering in Florida.

In addition to his wife and parents, he was predeceased by three children, Herbert J. McElwain, Kenneth A. McElwain, Jr., and Jerilyn McElwain.

Friends may call on Thursday from 11:00 am until 2:00 PM at the Donaldson Funeral Home. A Graveside service will be held at St. Mary's Cemetery in Ft. Covington at 3:00PM with Lisa Jock officiating.