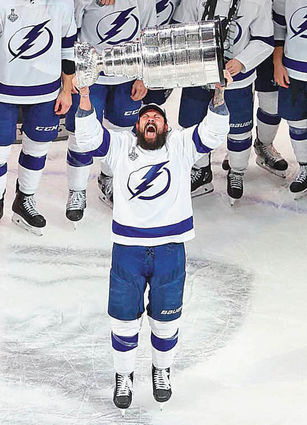 Three people from the North County were involved with the 2020 Stanley Cup champions as a player, coach and scout, respectively.