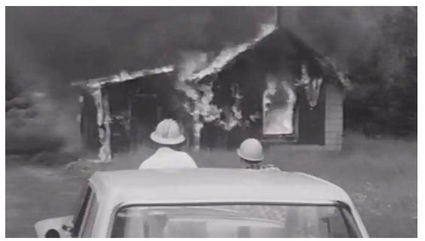 This undated photo shows the Bowen home burning to make way for the Kinzua Dam. (Photo courtesy of the Seneca Nation Archives)

By Leslie Logan, Reprinted with permission from Indian Country Today

In 1961, eight months into office, President John F. Kennedy dealt a traumatic blow to the Seneca people with the swoop of a pen.

In a letter to the Seneca Nation, Kennedy ende...