Fires rage in the West Coast 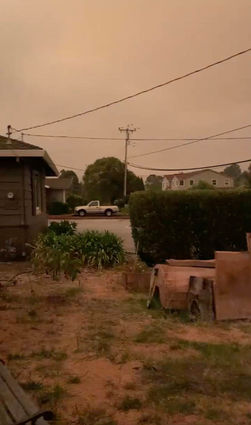 This is a photo Roger Perkins, Akwesasne Mohawk, shared on Facebook. The entire area is filled with smoke saying, "Very fine ash blanketing everything and blocking out the sun!". Perkins is safe and staying attentive.

In California, about two dozen major wildfires are now raging in a year that already has seen 2.2 million acres charred. That's a record for California for one year, and four months remain in the fire season, Cal Fire said.