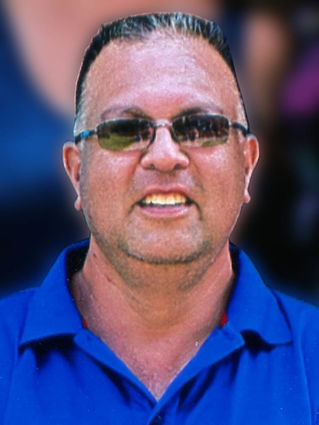 AJ was born May 30, 1972 in Cornwall, the son of Veronica (King) and the late Angus A. Adams. AJ was a 1990 graduate of Salmon River Central School, where he was a member of the National Honor Society. He later took courses at the University of Buffalo. On February 14, 1998, he married Jodi Sunday at St. Regis Catholic Church with Father Thomas Egan officiating.

Angus was an ironworker in New York City with Local 361 for many years. Some of the projects he worked on are the White Stone Bridge and George Washington Bridge among many others. Angus enjoyed and was proud to watch his son play football for the Cornwall Wildcats and high school basketball. He was a member of the Akwesasne Death Benefits and St. Regis Catholic Church and was a loyal fan of the Buffalo Bills. He cherished the weekends he was able to spend with his family having cookouts and birthday dinners. He enjoyed cooking and was known for his grilling – especially his smoked ribs.

Angus is survived by his loving wife, Jodi; his children, Shea Sunday, Dustin and Brooklyn Sunday, Kendell Adams, Kade Adams, his chosen children, Teni McDonald and Kaitlyn Graffis; and grandchildren, Lillyann, Nirvana, and Tehoneratathe Sunday and was anxiously awaiting the birth of his fourth grandchild.

He is also survived by his mother, Veronica; his sisters, Teres Seymour, Wendy, Theresa (Adam), Sheila, and Sabrina (George) Adams; several nieces and nephews including his godson, Bo Adams and was excited to become the godfather of Hayden Ladouceur. In addition, he is survived by his mother-in-law, Liz Sunday; and his wife's siblings, Vaughn (Collette) Sunday, Faron (Julie) Sunday, Janelle (Leonard) Thompson, and Dean (Donna) Sunday of Akwesasne; his godparents, Emily and Harold Lauzon, and many nieces, nephews, aunts, uncles, and cousins.

Calling hours were held on Tuesday 12-9:00 PM and Wednesday 9:00 AM -12:00 PM at the Donaldson Funeral Home, Massena. Due to the current health restrictions, his funeral services will be held privately. Services will be attendance controlled and those attending are asked to observe social distancing and wear face coverings.

Memorial contributions may be made in his memory to Akwesasne Mohawk Ambulance or the Hogansburg/Akwesasne Volunteer Fire Department.