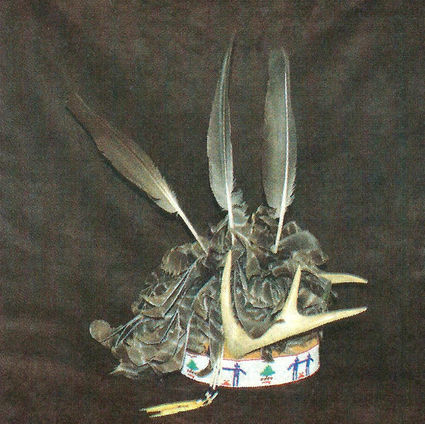 In describing Rotinonshonni clothing, let me begin with the headwear. Many people mistakenly think that all Native Americans wore Plains-style war bonnets, which is untrue.