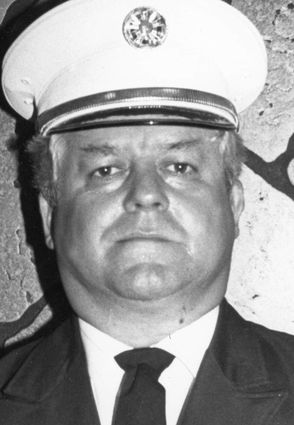 Gary was born on July 3, 1945 in Massena, the son of the late Vernon J. and Evelyn M. (Hopson) Donaldson. He was a 1963 graduate of Massena High School, where he lettered in baseball, football, and basketball. In 2016, he was inducted into the Massena High School Hall of Fame with the 1962 and 1963 Baseball Team. He continued his education at William Penn College in Oskaloosa, Iowa, graduating in 1967 with his bachelor's degree. In 1973, he graduated from Canton ATC with his degree in Mortuary Science. After his graduation and becoming licensed in 1975, he started his 35-year career in funeral service at his family business, Donaldson Funeral Home, retiring in 2010.

In 1968, Gary joined the Massena Volunteer Fire Department, serving various roles including Fire Chief from 1985-1986 and again in 1990. He was recently awarded Fireman of the Year and was proud of his 52 years of service to his community. As a fireman, he was active with the Massena Fire Drill Team, a member of the St. Lawrence County Fire Chief's Association and the Northern New York Firemen's Association. High school sports were always important to Gary, as he coached Massena Girls Basketball and was Assistant Coach for the Massena Football Team for many years. He was a former member of the St. Lawrence County Funeral Director's Association, once serving as their President. He was a member of the Massena First United Methodist Church and enjoyed golfing, traveling, and socializing with his many friends.

Gary is survived by his wife, Sandra (LaMay), whom he married on August 15, 1975, his daughter and son-in-law, Carrie and Chad Lashua; his grandchildren, Mason and Madison; his brother, Gregory and Gail Donaldson of Cicero; his chosen sister, Marlene and David Yateman of Massena; his aunt, Norma Sirotiak of Cedar Rapids, Iowa; his sister-in-law, Joan Donaldson of Zephyrhills, Florida; his brother-in-law, Tim and Janet LaMay of Cooper City, Florida; and his nephews, Blake Donaldson, Brian and Cory LaMay.

In addition to his parents, he was predeceased by his daughter, Robin Stephenson on October 27, 2010; his brother, David E. Donaldson on September 10, 2014; and his nephew, Bradley Donaldson on April 9, 2018.

Friends may call at the Donaldson Funeral Home, Massena on Thursday 4-7:00, the members of the Massena Fire Department will offer a prayer service at 6:45PM. Funeral services with fireman's honors will be held Friday 11:00 AM at the Massena Fire Station, Andrews Street with Fire Department Chaplain, Rev Judy VanKennan, officiating. Burial will follow in Riverside Cemetery, Norwood. Those attending are asked to observe social distancing guidelines and wear face coverings.