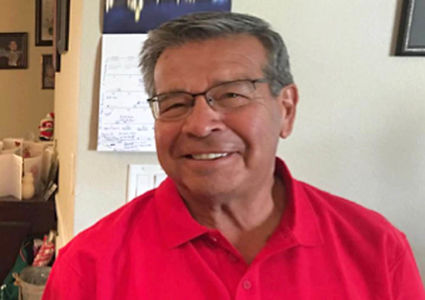 Marc lived a full life until the day he passed. His life experiences took him all over the world. Marc was born in Lawton, Oklahoma to Reva and Andrew McDonald, Sr. As a toddler, Marc and his brother Andrew Jr. "Mackey" moved to Akwesasne. They remained in the care of their Aunt Harriet Herne for 8 years, while their father was away serving in the U.S. Navy. During his time in Akwesasne, Marc's cousin Florabell, looked after him as her little brother, a bond shared throughout their lives.

Marc was 9 years old when he left Akwesasne with his father, brother and stepmother Alice Christopherson. For the next 9 years they travelled all over the country from New York to Hawaii, then settling in Union City, California. In 1964, Marc graduated President of his class at James Logan High School.

On May 1, 1966, Marc was sworn into the International Brotherhood of Electrical Workers Union (IBEW) and began working on his goal of becoming a Journeyman Lineman. Marc loved his job, he loved the challenge of working with high voltage electricity, the physical challenges of being a lineman, the mental challenges of getting the job done, and sharing his knowledge with the younger generation of linemen. Marc's work took him to urban and remote places across the country from the east to west coasts, including Alaska and Hawaii. Marc was well liked and respected by his fellow IBEW brothers and sisters. For 54 years, he proudly served as a Journeyman Lineman until his passing. He planned to retire after his 74th birthday.

Marc first married Cynthia Gorman of Parker, Arizona, he later married Victoria in California, and then Jeanette in California and in Korea. Marc's surviving companion is Ratchadawan Chanthon from Thailand.

Marc was an athletic man, enjoying a variety of sports and physical activities. He would travel to different states to participate in softball (slo and fast pitch) and basketball tournaments. The beach was his favorite place to jog, and ride bikes with his son and daughters. Marc also enjoyed fishing and competing in ballroom dancing.

Marc had a passion to learn new things; he enjoyed reading, especially about self-improvement, religion, healthy eating, staying fit, computer software, and investing in stocks. To pass on his love of learning to his children and grandchildren, he always sent them books.

Marc loved and was proud of his children and grandchildren. During family visits, he would spend quality time with them and have conversations about where they are in life. He also enjoyed watching professional sports and would wager a friendly bet with his son and later, his grandson. He loved to travel, he and Jeanette traveled with his granddaughter to Europe during her senior trip.

Marc will be missed by his fellow IBEW brothers and sisters. He will be remembered by saying: "No such word as 'can't' and don't let the thing be smarter than you.... It has no BRAINS." His children and grandchildren will miss his messages of wisdom and encouragement. Most of all, everyone will miss his big smile and deep laugh that was always full of joy.

Funeral Services and Burial will be held at Kateri Tekawitha Cementery, where he will be laid to rest with his brother and his paternal grandmother, Katherine McDonald. Father Jerome Pastores will officiate the services on Saturday, August 8, 2020 at 11am. Services will be attendance controlled and social distancing and face coverings are required.