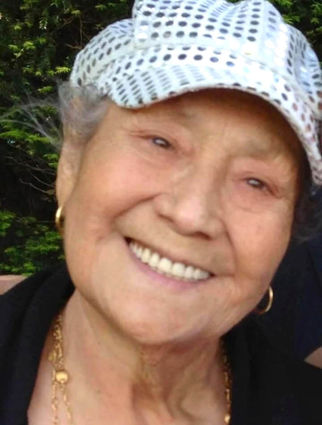 On July 23, 2020 Anna passed into the spirit world after a brief illness. Anna was born on July 25, 1927 at Hotel Dieu in Cornwall, Ontario. Anna grew up in Akwesasne and many years later relocated to Syracuse NY where she met the love of her life and started a family of her own. Anna was a devoted and loving mother. She was very proud of her family. She loved holidays and family get-togethers; any chance to spend with her family was very important to her. Anna shared her birthday with her granddaughter and great grandson. This was very special to her. She was a lifelong communicant of St Lucy's Church.

Anna was part of the Blessed Kateri Tekakwitha Committee for many years as she fought for the canonization of Kateri. After over 30 years of dedicating her time for the recognition of the heroic virtue, her life-long mission was finally fulfilled in 2012. Anna was known for her feisty sense of humor and her giving nature. She will be missed by all that knew and loved her.

Anna was predeceased by her husband Bernard L Dyer in December 2002 as well as by her son Peter L Dyer in February 2000 and by her grandson Russell Booker in April 2019.

Calling hours will be held at Whelan Bros. & Hulchanski Funeral Home on Friday, July 31 from 10:00 AM to 12:00 PM, with a funeral service to follow at the funeral home. Burial will be in Greenlawn Cemetery.