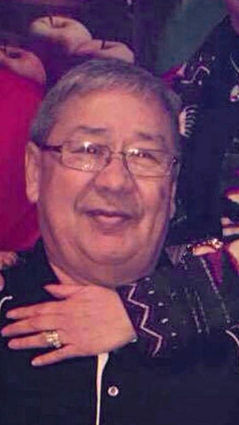 Larry was born on April 18, 1949 in Buffalo, the son of the late Barney J. and Viola E. (Cook) Rourke. He attended St. Regis Mohawk School before graduating from Salmon River Central School in 1966. While in high school, he was the baseball team that won the North Country Championship, which was later inducted into the Salmon River Hall of Fame. Following high school, he took a year of courses at Northwestern Oklahoma State University in Alva, Oklahoma before entering the US Army. He proudly served his country from 1967 until his honorable discharge in 1969.

Larry was an ironworker with Local 440 for many years. He worked for a brief time as a pit boss at TVI. He and his wife, Tassie, also owned and operated TLC Country Kitchen from 2009 to 2014. He was a member of the Akwesasne Death Benefits and Andrew W. Cook American Legion Post #1479. Larry was an avid golfer and enjoyed playing at Cedarview Golf Course, as well as many other courses throughout the North Country. His love for baseball continued into his later years as a member of the American Legion Chiefs with the North Valley Baseball League, which won the 1982 championship and also with the American Legion Old Timers Softball Team. He also enjoyed bowling, watching wrestling, doing crossword puzzles, and cherished his beloved dog, Toby. Larry always had a quick wit and would continuously tease his grandchildren.

In addition to his parents, he was predeceased by a granddaughter, Memphis Rain Carle; his sister, Evelyn Rourke; his brother, Hubert Rourke; his mother and father-in-law, Louis and Irene King; and 2 sisters-in-law, Amy and Joanne King.

Funeral services were held Friday 2:00 PM at the Rourke Family Cemetery. Those wishing to honor Larry may consider donations to the Akwesasne Homemakers.