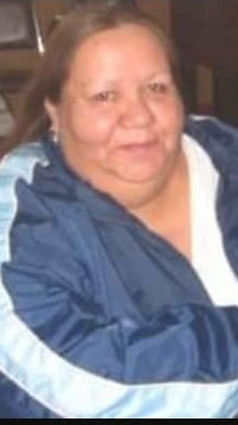 Veronica A. Smoke, 62, of 229 Snye School Road, passed away on Wednesday July 1, 2020 at Cornwall Community Hospital, after a lengthy illness. Veronica was born on April 10, 1958 in Tsi Snaihne, daughter of the late Alex and Rita Lazore Smoke. She attended schools in Tsi Snaihne and Cornwall and graduated from Salmon River Central School in 1976.

Veronica first worked at Tsi Snaihne School as a Gym Teacher and taught Mohawk Immersion. She later became the cook and dietary aide at Tsiionkwanonhso:te, where she remained for many years. Veronica also owned and operated Smoke's Catering for several years. She was a member of the Akwesasne Death Benefits Group and enjoyed visits to the casino, doing puzzles, playing pool and softball, and traveling. She cherished the time she was able to spend with her family, especially her grandchildren.

In addition to her parents, Veronica was predeceased by her sister, Sally Ann Cook on April 23, 2014.

Friends may call Tuesday 9:00 AM to 2:00 PM at the Donaldson Funeral Home, Massena. This will be an attendance-controlled visitation and those attending are asked to observe social distancing and wear face coverings. In lieu of flowers, those wishing may consider memorial contributions to the Akwesasne Mohawk Ambulance or the Akwesasne Homemakers in her memory.