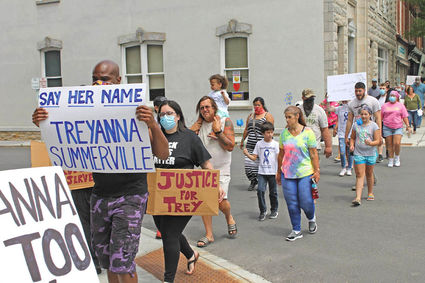 GOUVERNEUR. Over 150 people held a silent march and rallied in downtown Gouverneur on Saturday afternoon, June 27, to mourn a young girl who was murdered earlier this week, and spoke out against the system they say didn't do enoug...