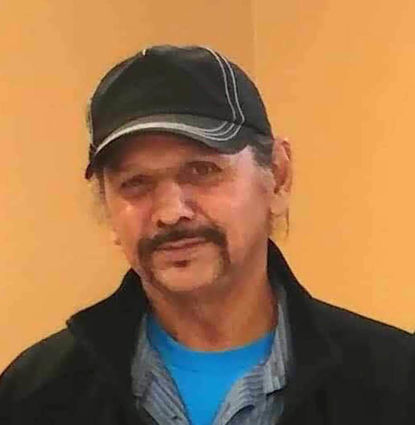 With the love and support of his family at his side, Kenneth R. Arquette, 65, a longtime resident of State Route 37, peacefully went back to the Creator early Sunday morning, June 14, 2020 at his home.

Kenny was born October 24, 1954 in Massena, the son of the late Henry J. and Beatrice A. (Thompson) Arquette. He attended Mohawk and Salmon River Schools before going in the US Navy. While in the Navy, he achieved his GED. A marriage to Gloria Jock blessed him with 3 sons.

Kenny first worked for a time as an ironworker with Local 823 before going to work as a carpenter with the St. Regis Mohawk Tribe Home Improvement Program where he retired. He was a communicant of St. Regis Catholic Church. He was an avid motorcycle lover and was active with the Redrum Motorcycle Club and enjoyed playing pool – especially with the American Legion Post #1479 Pool Team. Kenny also enjoyed woodworking and car racing.

In addition to his parents, he was predeceased by his brothers, Gary, Harris, Curtis, Dana, Henry Jr., and Keith Arquette; and his longtime companion, Gail Ann Green.

In accordance with the current restrictions, an attendance-controlled visitation will be held Wednesday 6-9:00 PM at the Donaldson Funeral Home, Massena. Funeral services will be held privately with burial in St. Joseph's Cemetery.