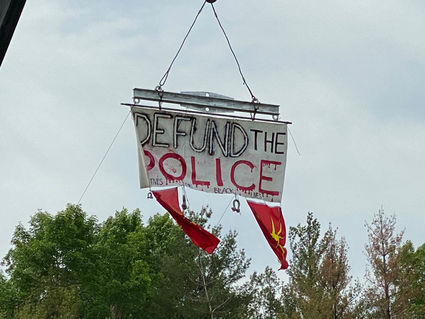 The banner hanging on Route 37 reads, "Defund the Police". As of Wednesday, June 10 Indian Time had attempted to contact identifiable supporters of the Defund the Police banner with no success.

Following on the heels of Black Lives Matter and Native Lives Matter movement is a call to 'Defund the Police'. Protesting death by police and police brutality was met with violence by police as video after video shows police infl...