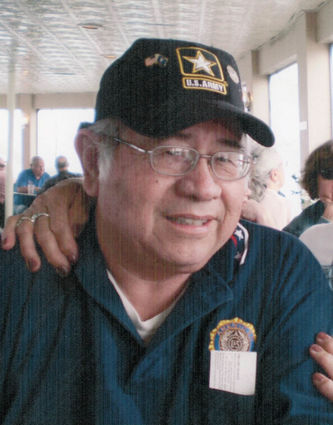 Mike was born March 7, 1942 in Buffalo, the son of the late Jonas and Genevieve (Leaf) White. He attended schools on Kawehnoke before entering the US Army, dedicating most of his life to the service of his country. He retired as an E7-Sergeant 1st Class, specializing in Explosive Ordnance. After his discharge from the military, he worked for a time in Manhattan, Kansas at Parker Hannifin. He and his wife moved back to Akwesasne and he attended and graduated from Mater Dei College and later worked for the Akwesasne Mohawk Casino.

As a veteran, Mike dedicated and donated a vast amount of time and energy to the American Legion, where he was an active member of the Brushton-Moira Post. He held various positions including Commander within the post and at the county level where he was the 4th District Commander. He also proudly honored his deceased veterans as an Honor Guard for funerals. Mike proudly worked for the good of the American Legion. He also was a volunteer driver for Franklin County. He loved to watch wrestling, fishing, and spending time with his family.

Mike is survived by his wife, Nancy (Rickard), whom he married April 3, 1965 in Manhattan, Kansas; his children, Jonas and Phyllis White of Puyallup, Washington; Andrew Michael and Janice White of Leonardville, Kansas; and Elaine and Jason Hornbaker of Clay Center, Kansas; and his grandchildren, Christopher, Morgan, and Jessie.

Mike is also survived by his brothers, Paul and Candy Tarbell of Fairfield, California; Harold Tarbell of Vancouver, British Columbia; Wilbert "Buddy" Tarbell, Gilbert Tarbell, and Jose and Alice Tarbell, all of Akwesasne; his sisters, Maggie and Larry Terrance of Rochester; Emily Tarbell and Mamie David, both of Akwesasne; Paula Longboat of Six Nations; Terre and Gordy McElwain of Hilton, New York; Faith Graffis of Savannah, Georgia; and Charity "Brad" and Wayne Lazore of Akwesasne; and numerous nieces, nephews, and cousins.

In addition to his parents, Jonas White and Genevieve (Leaf) Tarbell, he was predeceased by his stepfather, Harvey Tarbell; his brother, Clifford Tarbell who was killed during the Vietnam War; his sisters, Sheila Ann Santiago, Mary Lou Phillips, and Charlene Curleyhead.

At his request, there will be no calling hours. A celebration of life and burial with military honors will be held at a later time after the restrictions of the health crisis have been lifted.

Memorial contributions may be made in his memory may be made to Hospice of the North Country.

Arrangements are with the Donaldson Funeral Home, Massena. Friends and family are encouraged to share memories and photos and offer condolences on Mike's Memory Wall at http://www.donaldsonfh.com.