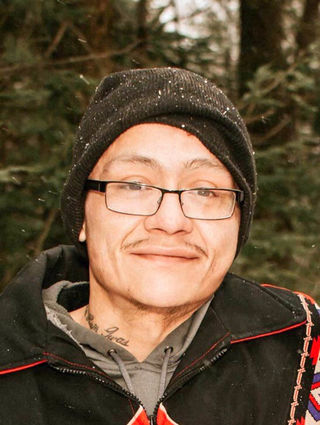 Tubbs was born May 22, 1988 in Syracuse, NY. He is survived by his parents, Alicia Cook and Steven John of Akwesasne; his brothers Johnson John (Amberdawn Lafrance) and Jerrad John (Iotshatenawi Reed); his paternal grandmother Alexadrine Hess of Six Nations; his children Gatlin Pyke John of Akwesasne, Charlotte John of Cattaraugus, and Teiakotsitiathe John of Akwesasne; and many aunts, uncles, nieces, nephews, and cousins.

Tubbs grew up on the Onondaga Nation and attended school there. He moved to Akwesasne with his family in 2004. He completed his carpentry certification at BOCES of Norwood. When he was employed by the Ase Tsi Tewaton Program, he shared his hunting skills and knowledge with apprentices and conducted community workshops. He was known for his deer hide processing and even held classes at his house to help people learn. His hobbies included hunting and processing the meat to provide for his friends and family and he was a very skilled carpenter. He enjoyed making all kind of crafts and was an expert antler carver like his dad. He focused on traditional ceremonial songs and his singing was enjoyed by many people. He loved being around his friends, often being the center of attention with his sense of humor because he liked to joke and tease everyone. He most enjoyed being with his kids; riding a roller coaster with Charlotte at Darien Lake, playing and singing cowgirls with his daughter Teiakotsitsiathe, and taking his son Gatlin to go fishing and to set turtle traps.

He was predeceased by his maternal grandparents Gloria and Horace Cook and his paternal grandfather Wallace John.

Services are private with the Donaldson Funeral Home, Massena.