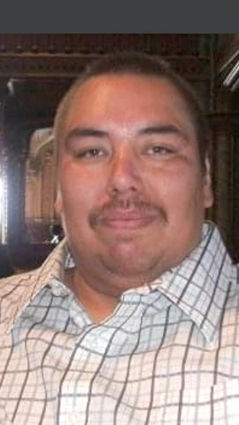 Tehonerahtathe's first marriage, with Margaret Cajigas (1997- 2003), was blessed with a daughter, Kashia Lee. He then married Rhonda Dufoe (2006,) after which they welcomed two sons, Tehonietathe and Iawentanawen into their family.

In his early years, when Tehonerahtathe wasn't working on cars and playing "crash-up derby", he worked in various positions before becoming medically disabled. He began as a gas attendant for his uncle Paul and moved on as a blackjack dealer at the Akwesasne Mohawk Casino. Other jobs included limo driving, providing night security and rolling at various cigarette factories; and being a bouncer at Sweet Dreams for his good friend Junior David. He took enjoyment in all types of cars, building model and RC cars and playing pranks on his nieces and nephews. He loved reminiscing with friends and family about crazy stunts in his youth and fun times terrorizing his sisters and cousins. He was always one to bring "life" into a room when he entered; a truly loyal and supportive friend to many, many people; and he was always quick to give a person in need his last dollar. He will be fondly remembered by his sisters as their protector and biggest antagonizer. He was a member of the Warrior Society, Rotiskenrakehte, and leaves behind many brothers for which he was always fond of.

Due to the restrictions of COVID-19, all services will be held privately for immediate family with the Donaldson Funeral Home. Friends are encouraged to share memories and condolences online at http://www.donaldsonfh.com.

Memorial contributions may be made to the Akwesasne Death Benefits Group.