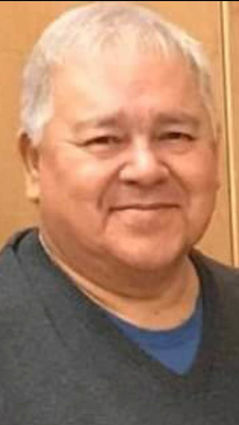 Alex was born December 15, 1954 in Cornwall, the son of Shirley Roundpoint and the late John Nolan. He was raised on Kawehnoke by his grandparents, the late Mitchell and Annie (Jocko) Peters. He attended schools on Kawehnoke and Cornwall. On June 18, 1983, he married Betty McDonald at St. Regis Catholic Church.

Alex was a truck driver with Lafarge Concrete, Roundpoint Construction, and NYS Department of Transportation until becoming disabled. He served his community as a Mohawk Council District Chief for Kawehnoke in the 90's and was a member of the Hogansburg Akwesasne Volunteer Fire Department. Alex strongly supported youth sports in the Akwesasne community, was instrumental in the construction of the Anowarakowa Arena, was honored as an inductee into the Ontario Lacrosse and the Akwesasne Lacrosse Halls of Fame in 2005 and was awarded the Presidents Cup in 1995 and 1997 for leading the Akwesasne Thunder Lacrosse Team into championships.

He genuinely loved sports, whether it was playing, coaching, or watching his grandchildren play. Golf, lacrosse, hockey, and softball were his favorites, as well as a good card game of Ace to King. He was an avid fan of the Toronto Maple Leafs and NY Yankees. He was also a member of the Akwesasne Death Benefits.

In addition to his father, he was predeceased by his brothers, Mike and Butch Jacobs; his mother and father-in-law, Daniel and Loveday McDonald; and his sister-in-law, Molay McDonald.

Due to the current restrictions of the COVID-19, all services will be held privately at the convenience of his family. Alex's family greatly appreciates your warm thoughts of kindness and support at this difficult time and respect the privacy of the services. A Memorial Mass and Memorial Meal celebrating his life will be held after the restrictions have been lifted and will be announced at that time.

In lieu of flowers, those wishing may consider donations in his memory to the Hogansburg Akwesasne Volunteer Fire Department. Arrangements are with the Donaldson Funeral Home, Massena, where you are encouraged to share memories and condolences with his family online at http://www.donaldsonfh.com.