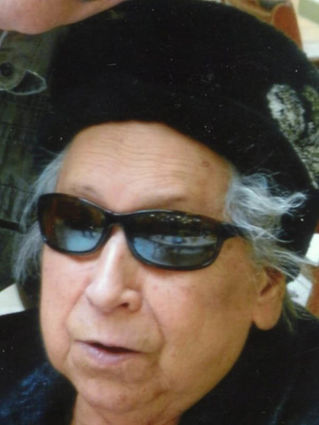 KANATAKON – Marjorie A. Lazore, 77, a lifelong resident of Kanatakon, peacefully passed away Thursday evening, March 4, 2020 with the love and support of her family at her side.

Marjorie was born September 1, 1942 in Kanatakon the daughter of the late Joseph and Charlotte (Mitchell) Diabo and attended schools there. On June 10, 1961, she married Michael Peter Lazore at the St. Regis Catholic Church with Rev. Michael Jacobs, officiating. He predeceased her on November 5, 1987. She later found companionship with Henry Smoke for many years until his death on August 25, 2011.

Marjorie enjoyed talking on the phone and spending time with her family. She enjoyed cooking and telling everyone what to cook. As a devout Catholic, she was a communicant of St. Regis Catholic Church and its Altar and Rosary Society. When she was able, she sang with the Mohawk choir at church and wakes. She was also a member of the Akwesasne Death Benefits Group and would be often be praying for her family, loved ones, and friends. She was a very generous and giving woman who would help anyone who needed it.

In addition to her parents, husband, and companion, Marjorie was predeceased by an infant daughter, Kimberly Theresa Lazore on February 21, 1966; a son-in-law, Albert King; her sister, Elizabeth Mayo; her brother, Kenneth Diabo; her brothers-in-law, Joe Johnson, Albert Lazore, Tom Deer, and John Francis; and her sisters-in-law, Charlotte Francis and Ann Deer.

Friends called at St. Kateri Center from Sunday until Tuesday. A Mass of Christian Burial was celebrated Tuesday at St. Regis Catholic Church with Rev. Jerome Pastores. Burial will be in Kateri Cemetery in the spring.

At Marjorie's request, funeral arrangements were accommodated by her sister, Jean. Any condolences, cards, or donations may be directed to Jean. Niawen.

Arrangements are under the direction of the Donaldson Funeral Home, Massena, where memories and condolences may be shared online at http://www.donaldsonfh.com.