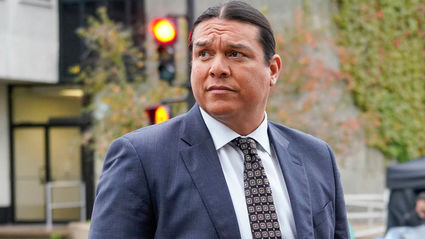 Brandon Oakes in his portrayal of Doug Paul in the CBC television series Diggstown.