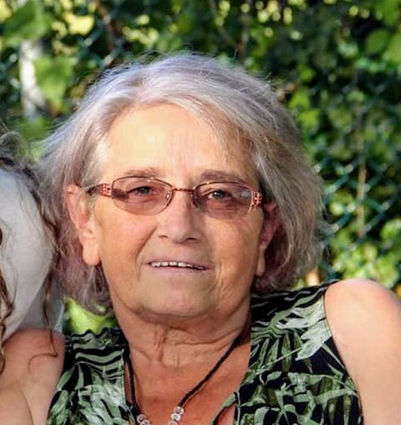 CORNWALL/AKWESASNE – Maryjane Lazare, 57, a resident of Joyce Street, Cornwall and Island Road, Akwesasne, peacefully passed away Wednesday afternoon, February 12, 2020 at Cornwall Hospice with the support and love of her family at her side.

Maryjane was born January 27, 1963 in Bombay the daughter of Catherine Leta (Russell) Collette and the late Charles "Gordon" Collette. She was a 1981 graduate of Salmon River Central School and achieved her Associates Degree in Social Work from St. Lawrence College through the Iohahi:io Program. On December 30, 1981, she married her high school sweetheart, Charles Alvin Lazare in Fort Covington.

Maryjane was a social worker with Mohawk Council of Akwesasne Child and Family Services from 1995-2000. She had previously worked for the St. Regis Mohawk Tribe ANA Program and assisted her parents with their store, Collette's Grocery, in Bombay for many years. Maryjane was also the Manager of the Akwesasne Junior B Wolves Hockey Team, where she billeted players for many years. She was also active with both the Akwesasne and Cornwall Minor Lacrosse Programs. In addition, she and her husband hosted children from New York City through the Fresh Air Fund. She found great enjoyment in watching her grandchildren play their sports especially hockey, lacrosse, and football. She enjoyed sewing and took great pride in making ribbon dresses and shirts. She was a devoted fan of the Ottawa Senators and the New York Yankees.

Maryjane is survived by her husband, Charles; her children, Hannah Leaf and her husband, Kenneth A .; her son, Carson Lazare and his wife, Kayla, all of Cornwall; her beloved grandchildren, Leita-Jayne, Odessa, Kennah, and Lennon Leaf and Kayson-Isiah, Iliana, Cruz, and Jaxson Lazare; and her chosen grandchildren, Kingsley Leaf, Shaye, Ellexia "Lexie", and Kreedance Lazore.

She is also survived by her mother, Catherine Collette of Malone; her sisters, Bonita and Kevin Layden of Leicester, Massachusetts; Gordyne and John Latulipe of Bombay; Cathy Grossworth of Delaware; Christine and Steven Mayville of Bombay; Darlene and Jerry Brockway of Indiana; Faith and Dan Black of Iowa; and Jodi Collette of Bombay; her brother, Natan and Cindy Collette of Merrill, New York; many aunts, uncles, cousins, and nieces and nephews, especially the 4 that were close to her heart.

In addition to her father, Gordon, she was predeceased by a stillborn baby girl; a sister, Penny Wood; and a brother, Carl Collette.

In lieu of flowers, donations may be directed to the family to establish a trust fund for her grandchildren.